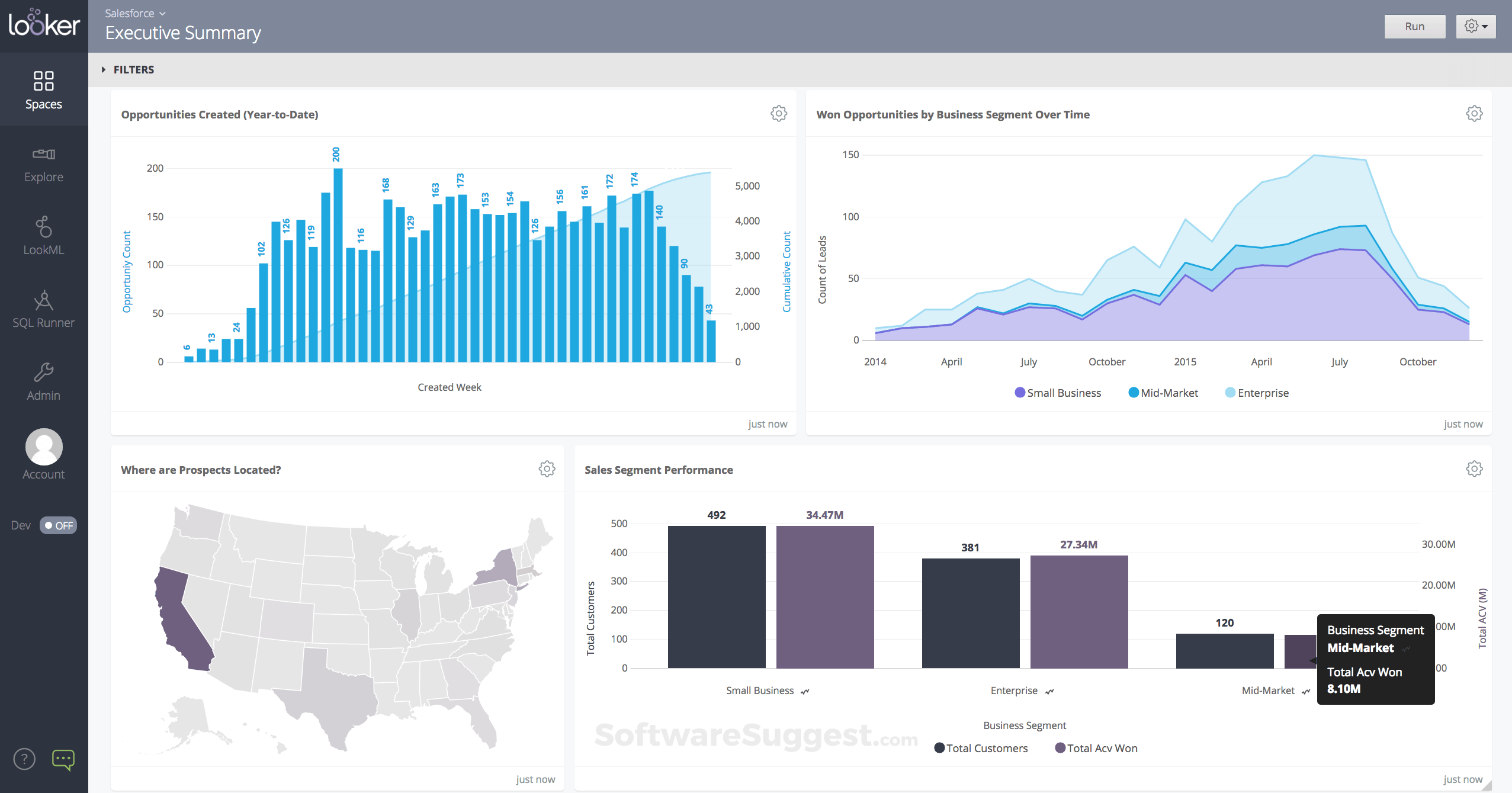 Looker usually lives in the cloud (Looker-hosted, or your own VPC), it uses git, and it runs entirely in-browser, so there’s no desktop install.

Lack of own analytical mechanism

Looker operates entirely on the data in your database. It generates SQL based on the semantic layer you design – sends that off to the DB and then displays the results in tables or graphs.

Analogue of the SQL for data modelling (LookML)

LookML brings to data modelling many of the tools used in software development, such as collaborative development with Git integration, object definitions, and inheritance. It allows you to define a dimension or measure once on it, and build on it, instead of having to repeat this effort.

Access to data modelling remains in the same hands – there is only one master version of the data model.

Mprove is a self-service business intelligence app that can build a comprehensive self-service BI for your company, which works with PostgreSQL, Clickhouse, and BigQuery.

Tableau is an interactive business intelligence and data visualisation software. It helps to conduct a deep analysis of a large amount of information and present the results in a convenient and intuitive way.

Metabase is an open-source business intelligence tool that lets you create charts and dashboards using data from a variety of databases and data sources.

How do you rate the tool?